There is a creative power in the process of drawing, and there is fundamental pleasure in expressing yourself.
However, we are not always concentrated while we are drawing.
Our mind wanders, thinking of other things.
Some researches show that we become more “creative” in such state of mind, getting new inspirations.

sdtech has attempted to estimate such a change in “state of mind” from digital pen and biometric data, as a next step of the project continued from the last year.
Focusing on a process of drawing a tree, the data collected form it is analyzed in real time to estimate the changes in state of mind and then reflected on the tree drawn.
In the project, sdtech was responsible for system planning, UI design, machine learning models and application development. 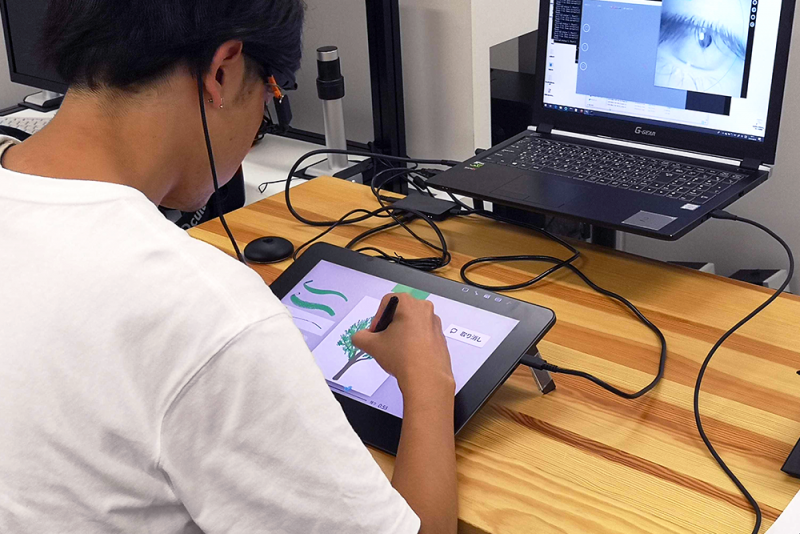 We collected and analyzed pen-data and bio-data of how a tree is drawn. Organized them in patterns such as common/uncommon ways of how a tree is drawn, how the pen is used and how the colors are selected.
By combining these canvas state, user’s behavior, and biometric data, we developed a model which estimates the changes in state of mind, i.e. whether the user’s action is efficient or inefficient but more creative. 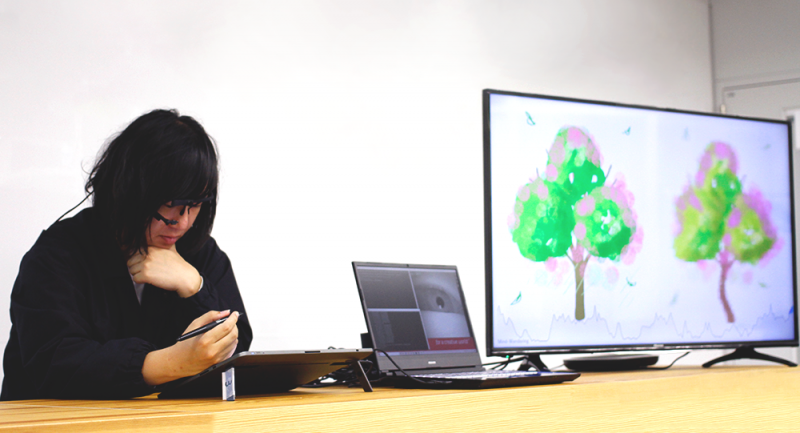 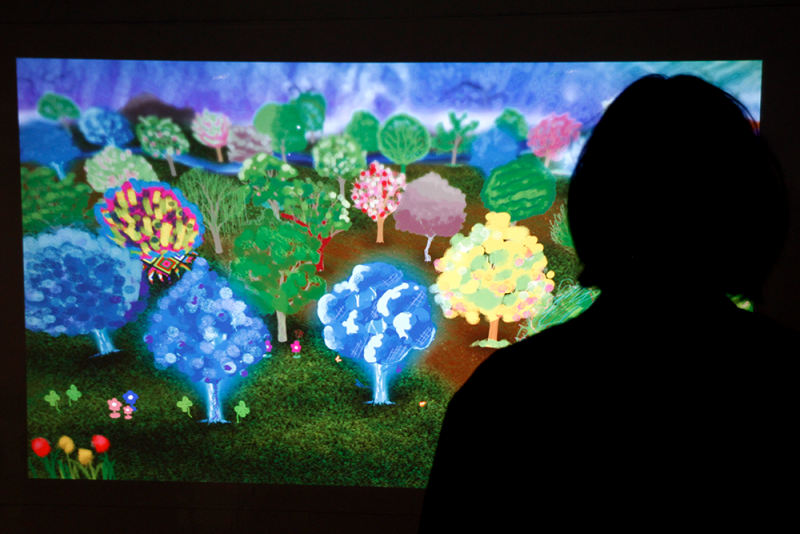 Changes in the state of mind are estimated during the few minutes while the user is drawing a tree.
People’s state of mind varies, just as the trees drawn are as varied. As the estimated state of mind changes, effects, such as distort and blur, are added to the tree in real time.

When a user finishes drawing the tree that represents his/her state of minds, it is added to a forest where the trees drawn by the others are gathered. In the forest, not only the completed trees are displayed, but also the visual effects added from changes in the user’s state of mind while drawing it – whether the user was in “focusing state (Mindfulness)” or “wandering state (Mind-Wandering)” – are reflected randomly.
We have named this place “The Forest of Creativity” which affirms a variety of state of minds that boosts power of creativeness. 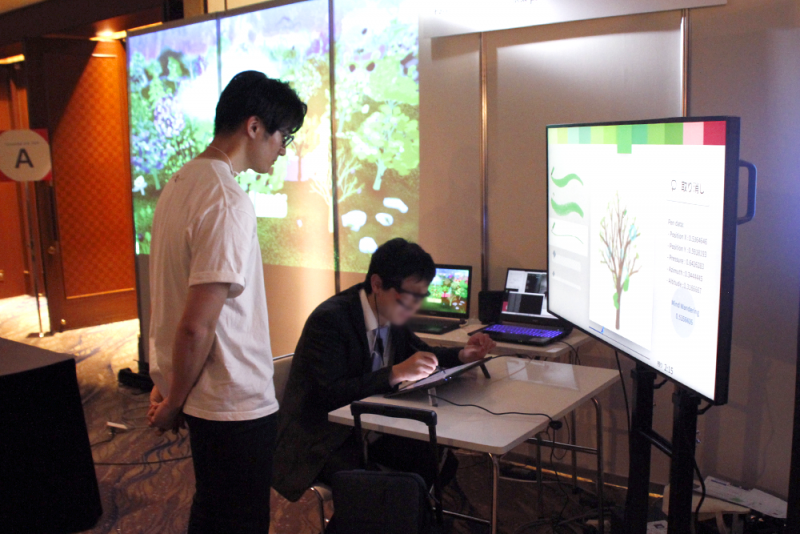 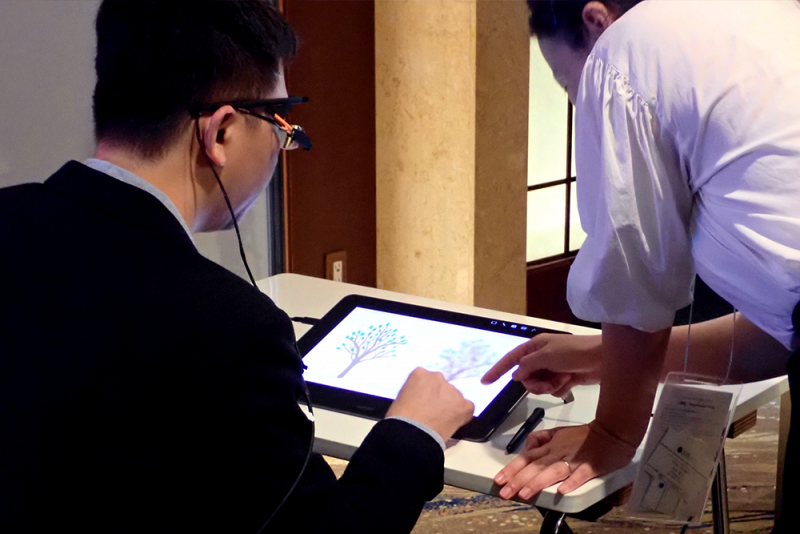 The produced system was exhibited at Connected Ink 2019.
Connected Ink is an event that Wacom holds together with DSC since 2016 to promote the development and expansion of digital ink and digital tools.